Dancing for a Cause: Feed America First

Dancing for a Cause: Feed America First 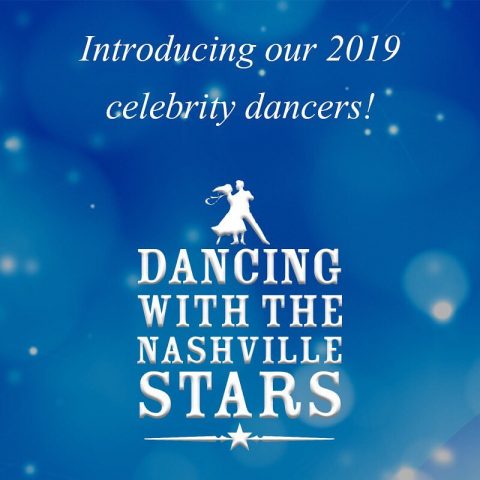 National Dance Clubs teams once again with Feed America First in dancing for a cause.

A Perfect Partnership for Charity

Dancing with the Stars not only showed how much fun ballroom and partnership dance is, but it made dancing cool again. While the majority of dance students tended to be women in the years up to 2005, once dancing with the stars premiered, the number of couples and single men coming in to learn how to ballroom dance skyrocketed. And when Emmitt Smith won the mirror ball in the third season, and declared that winning the dance competition meant as much to him as winning the Super Bowl, ballroom dance as a cultural phenomenon took off.

The concept of dancing with the stars made it a perfect partner for charities. Cities around the country began sponsoring their own versions of Dancing with the Stars with local celebrities and area dance teachers to raise money through dancing for a cause. For almost 10 years now, National Dance Clubs has partnered with Feed America First for their annual Dancing with the Nashville Stars event.  This evening of dinner and dancing has shared not only the gift of dance, but has allowed Feed America First to provide millions of meal to middle Tennesseans over the years. 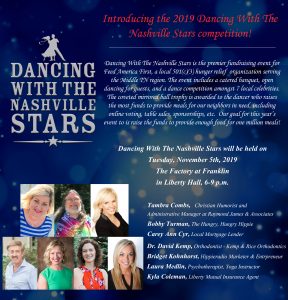 The contestants for the 2019 Dancing with the Nashville Stars have begun preparations for this year’s event.

I have been a life-long student of communication and have been living my dance dream and working with the National Dance Clubs since 1997. I consider myself a dance evangelist and am dedicated to the mission of helping people fulfill their dreams of better relationships, better personal fulfillment, and more magic and sparkle in their lives through dance.